IF YOU DESIRE MEDICAL AND / OR LEGAL EXEMPTION FOR COVID 19 VACCCINE CALL DR. NATURAL 718-783-3465 JOIN WWW.TEMPLEOFILLUMINATION.NING.COM AND OPEN & PRINT ATTACHMENT AND GET NOTARIZED.
Anyone seeking a medical and / or religious exemption religious exemption from COVID 19 VACCINE CALL DR. NATURAL 718-783-3465 JOIN WWW.TEMPLEOFILLUMINATION.NING.COM AND PRINT ATTACHED DOCUMENT GET NOTARIZED AND BECOME AN ALKALINE [PREFERABLY RAW] VEGAN!

On the arm where you got the shot: 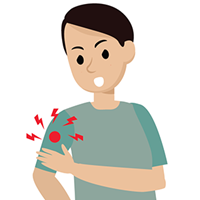 Throughout the rest of your body: 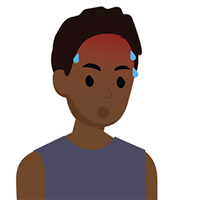 What are the legit medical exemptions for vaccine mandates?

And how to get a religious exemption.

There is no single list that every employer or business will accept to exempt a person from a vaccine mandate, but there are some more I want to cite. Here are some conditions and scenarios that people or health care professionals commonly cite when seeking a medical exemption:

PEG allergies: Polyethylene glycol is a substance contained in both the Moderna and Pfizer vaccines. It can touch off an allergic reaction for a small number of people. PEG is used in a wide range of pharmaceutical products as a contrast agent to make images show up on ultrasounds and such. You heard about that allergy early in the vaccine program. It is why you have to hang around for a while after you get your vaccine — to be sure you do not have a reaction.

If you can prove you are one of the tiny number of people who have this allergy, it is your ticket to vaccine exemption even though lots of people who have the allergy do just fine with the shots. The allergic reactions are generally so mild that one study found that 159 of 189 patients who had a reaction went back for a second dose and only 32 of them had any mild reaction at all the second time around.

There could be a reason they had no trouble. Forbes reports that PEGs may have had nothing to do with the reactions:

“Around 5 in a million people experience what appears to be a severe allergic reaction to the Covid-19 vaccines,” said David Stukus, MD, a Professor of Pediatrics in the Division of Allergy and Immunology at Nationwide Children’s Hospital in Columbus, Ohio. “We initially thought that individuals with allergy to vaccine ingredients called polyethylene glycol, or polysorbate may have been those experiencing reactions because there are virtually no other components of the mRNA vaccines or Johnson & Johnson that are really identified as causes of allergic reaction. But after investigation, these don’t appear to be the cause of this very rare anaphylaxis,” added Stukus.

Multisystem inflammatory syndrome: MIS is, again, rare. It is usually found in children. The Centers for Disease Control and Prevention says, “Multisystem inflammatory syndrome in children (MIS-C) is a condition where different body parts can become inflamed, including the heart, lungs, kidneys, brain, skin, eyes, or gastrointestinal organs. We do not yet know what causes MIS-C. However, we know that many children with MIS-C had the virus that causes COVID-19, or had been around someone with COVID-19. MIS-C can be serious, even deadly, but most children who were diagnosed with this condition have gotten better with medical care.”

Cancer: There has been some confusion over this exemption because the vaccine may not produce much of an immune response in patients in cancer treatment. Doctors are telling their cancer patients to take the vaccine but to be very careful because even vaccinated, they will not be as protected as other people. Forbes reports:

“There are no specific contraindications for people with cancer, although in some cases, patients might not mount an effective immune response,” said Dr Benjamin G. Neel, M.D., Ph.D. Professor of Medicine at NYU School of Medicine and Director of the Laura and Isaac Perlmutter Cancer Center.

“We strongly recommend that all of our cancer patients get the vaccine, although some patients, particularly those with blood cancers, might not develop a strong immune response to two doses of the vaccine and could benefit from a third dose,” added Neel.

Cancer patients will be high on the list for the first booster shots.

Phobia of needles: Trypanophobia probably won’t qualify someone for a medical exemption, even though a surprisingly large number of people freak out over shots.

Remember, just because you do not suffer from or understand another person’s phobia does not make it less real for that person. The American Psychological Association has some help for needle-phobic folks who are holding off getting the shots. And, the APA says, “One meta-analysis found that 8% of health care workers in hospitals and 18% of workers in long-term care facilities avoid the influenza vaccine due to needle fears.”

Teens who fear heart inflammation: This condition shows up “very rarely” but has been cited as a concern that some teens and their parents have. The CDC says the risk of getting severely ill from COVID-19 far outweighs the risk.

In short, while you may be able to find a doctor who will write you an exemption for some condition or another, there are very few people who legitimately qualify based on clinical evidence presented so far.

How to get a religious exemption from vaccine mandates

Hinduism – Hinduism has no prohibition against vaccines. While Hindus venerate cows, trace bovine components of certain vaccines have not been identified as a theological concern.

Islam – Islam has no prohibition to vaccination.

Jainism – Jains follow a path of non-violence toward all living beings including microscopic organisms. Jains do allow cooking, the use of soap and antibiotics, and vaccination, because this destruction of microorganisms, even though regretted, is necessary to protect other lives.

Judaism – Judaism supports vaccination as an action to maintain health, and also as a parental responsibility to protect children against future infection. In Judaism the concept of Pikuakh nefesh, acting to save one’s own or another’s life, is a primary value.

Scientology: in an interview for BeliefNet, Rev. John Carmichael of the Church of Scientology stated that there are no precepts or strictures about vaccinations within Scientology.

Christianity – The Christian faith consists of multiple different denominations, which may differ in theological approach to vaccines. The following denominations do have a theological objection to vaccination:

Dutch Reformed Congregations – This denomination has a tradition of declining immunizations. Some members decline vaccination on the basis that it interferes with divine providence. However, others within the faith accept immunization as a gift from God to be used with gratitude.

Church of the First Born

Church of Christ, Scientist – One of the basic teachings of this denomination is that disease can be cured or prevented by focused prayer and members will often request exemptions when available. However, there are not strict rules against vaccination and members can receive required vaccinations.

You need to be a member of templeofillumination3 to add comments!

This reply was deleted.